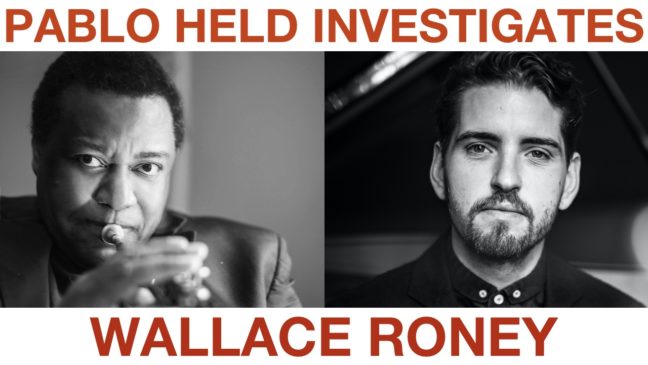 I was 7 years old when I first heard Wallace Roney’s playing on Herbie Hancock’s “Dis Is Da Drum”, a record that has over the years remained very important to me.

I was always drawing to people that respect (and draw their inspiration from) the masters that came before them. Wallace was somebody who went all the way. Where some only deal with the surface, the cliché, the easy way out, Wallace went deep and found his own stuff. And this is why he was taken on by the masters. I mean – Miles’ ONLY student? Come on! When Herbie, Wayne, Ron & Tony could have chosen every trumpet player on earth, they chose him. And he was somebody who didn’t keep his gained knowledge from those masters to himself. He shared it with others. That’s a big lesson, right?

To me, inspiration is like a trampoline. If you only jump into it with little energy and conviction, the jump will not be significant and likely not memorable. But if you go ALL THE WAY, jump into it with all you have, it will catapult you into heights where you’ll be able to see differently, see things more clearly. Plus, it will bring you away from the inital source of inspiration…. and then back again with a new perspective!! I think that’s what Wallace did over and over again with all the music he loved. Listening to him I can hear so much love for his idols, but he didn’t stop there. He took those lessons and applied them to his music.

When I released my first interview of this series, my conversation with Wayne Shorter, Wallace Roney was one of the first people to send me a nice message via Facebook Messenger congratulating me on interviewing Wayne. I was really taken by that gesture, kept in touch with him after that and finally in 2019 I asked him if he’d like to do an interview with me as well. I’m so happy that we got to do this and I learned so much during this conversation. Yet, at the same time I’m really sad that we didn’t get to finish it. You’ll hear a pretty aprupt ending of our conversation which was due to a bad interview connection (hence this interview is audio-only) . 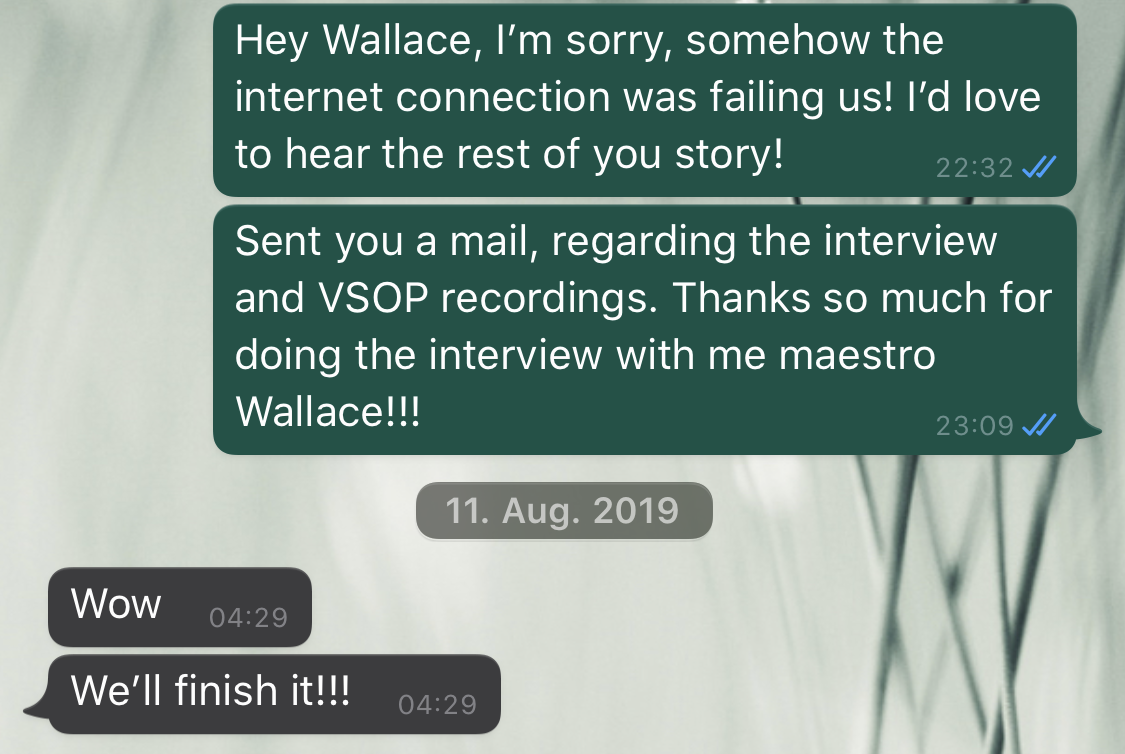 We decided to finish it some other time and sadly we didn’t get around to it after all. However, I think there’s enough that we all can learn from the things Wallace has shared during this conversation. He will be missed by many. Thank you for all the inspiration and wisdom, Maestro Wallace!

One thought on “WALLACE RONEY”