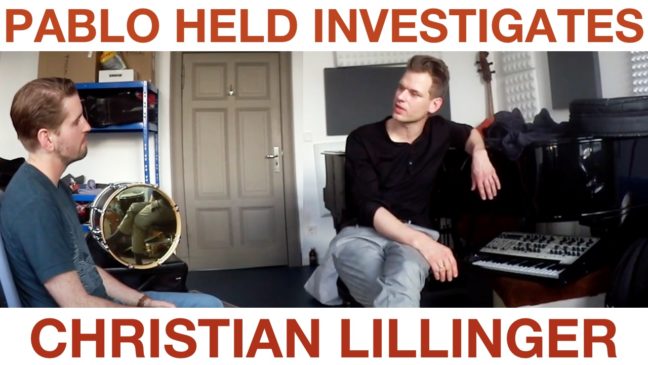 Christian Lillinger is one of the most individual voices on the drumset in music today. He’s a role model for me on a lot of levels. A singular artist with a crystal-clear vision. Always energetic, focussed, endlessly creative, and on the edge. His no-bullshit/no-compromise attitude is apparent in everything he’s doing.

As a leader & sideman he’s been involved with a lot of my favorite groups today: GRUND, Open Form For Society, GRÜNEN, Dell/Lillinger/Westergaard, Amok Amor, Ronny Graupe’s SPOOM and Gropper/Graupe/Lillinger, to name a few. Also, Christian runs an incredible label called PLAIST MUSIC, where he releases music by himself and other cutting-edge artists.

I have known Christian for a long time. We came up more or less at the same time and throughout the years I’ve have had the great pleasure of playing with him on different occasions*. I’m happy to share our interview which by the way features a little cameo (totally unplanned, although it looks staged) by a frequent collaborator of Christian’s. Enjoy!

*Here are some documents of us playing together: